...The key success factors of our business include our team of highly-qualified specialists, timely response to market demands, development and use of high technologies, and MASCOM Group’s territorially widespread potential... 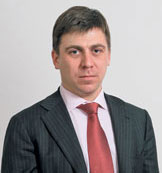 The “Shorokh-5L”, “Sigurd-M5” and “Morfey-MK-U” systems were developed and put into serial production. We started producing the “Larets-Auto” device, the “Kluch-Auto” security module and the “Zita-Ts” system for protecting digital telephone sets.

The MASCOM Training Center, jointly with the Infotex Training Center, prepared a 512-hour “Information Security” retraining program for the specialists. The program was certified in the field of the information security by the Federal Service for Technical and Export Control of Russia (FSTEC), The Federal Security Service of the Russia Federation, and the Methodology and Training Association for Education in the Area of Information Security.

A number of projects were completed to create shielded structures, as well as to perform special screening of unique multimedia equipment in the interests of Russian Federation ministries and agencies.

It completed development of the “Svistok” hardware/software system for monitoring data transmission integrity.

MASCOM received a patent for its useful model of a “System for protecting geographically distributed sites from information leakage through technical channels due to e-field radiation and pickup”, registered with the Russian Public Register of Useful Models on 10 September, 2013.

The first phase of the specialized training laboratories at Amur State University in Blagoveshchensk was completed.

Production started for the M19 version of the “Sigurd” system, the “AIR-Monitor” complex, and the “Telephone-V” secure GSM mobile phone, certified by the Federal Security Service.

MASCOM was reorganized into a Group of Companies. The corporate identity was restyled and the MASCOM brand book was published.

A new manual entitled “Organization and content of tasks for the identification and assessment of the main types of technical channels of information leakage and the protection of information from leakage”, written by A.V. Kondratyev, Head of the Scientific and Technical Department of MASCOM Group, was published.

Two new devices were introduced as a symmetrical response to technological developments: “Cover-N” for protecting information from interception of electromagnetic signals, and “Telephone-N”, a protected GSM mobile phone. Both devices were certified by the Federal Security Service of Russia.

The “MC-14” digital signal processing module was developed and put into production. This device reduces signal search time and increases the sensitivity of the “Sigurd” system.
2011
year

MASCOM celebrated its 20th Anniversary by introducing new modifications of the “Talis-NCH” and “Venzel-M3” systems, based completely on our own measuring devices.

In October the Anti-Terrorist Technology Center was created within the Equipment Department. The IT Department developed a product line for auditing information security, protecting IT-infrastructure and developing protected communications channels. The Special Solutions Department was established.

MASCOM’s quality control system was certified in accordance with the requirements of the ISO 9001-2008 and GOST RV 15.002-2003 standards.

That year the IT Department was established as a separate unit within MASCOM. In the same year, “Starkad” noise generators and the “Lazurit” hardware and software system were developed and put into production. The complex was developed for measuring the parameters of fiber optic data transmission systems and assessing the security of optical communication channels.

New developments in the field of information security were implemented using shielding technology. These included our M1 and M2 shielded tents, as well as the "Ekran-SH" shielded cabinet. That same year production was launched for the “Veles” mobile system to assess the effectiveness of information security, the “Poisk-GSM” and “Maraphon” systems, and an automated workstation based on “PIRIT Codex 1225” personal computer, certified by FSTEC.

MASCOM introduced a new line of business, resulting in the creation of two new divisions in the Department for Integrated Projects: the IT Center and the Certification Center.

MASCOM was awarded the GOLD MEDAL at the the Security Technologies Forum for its “Shepot-T” automated system for assessing security on dedicated premises using vibro-acoustic channels.

That year the “Shorokh” vibro-acoustic and acoustic disturbance system product line was upgraded. Production on the “Shorokh-4” system was launched.

New times required that the company create the “Morphey-MK” device to prevent information leakage through digital radio channels. It was developed and put into production that same year.

That year the “Triton” spectrum analyzer, a system (based on “Triton”) “Shepot-T”, “Talion”, “Premier-M300”, was created and production was launched.

The company structure was reorganized. Two new divisions were created in the Equipment Department – the Hardware Development Division and the Procurement Division.

During the year, the number of staff was increased by 30% in Moscow and by 100% in Khabarovsk. The product line doubled in comparison with 2006 and comprised about 40 items.

MASCOM’s 15th Anniversary was marked by a number of important events. That year the first regional office in Khabarovsk was opened. That was the year when the history of the MASCOM Far East Specialized Center for Information Security began. That year mass production of the “Talis” and “Vepr” security assessment systems was launched. The “Shorokh-3” vibro-acoustic and acoustic jamming system was also developed and production launched. New versions of the “Sigurd” and “Shepot” measuring systems went into serial production.

The “SPDU-1” remote-controlled turntable, a controlled disconnector, and the “UEK-1” shielded acoustic system were developed and production was launched.

MASCOM issued a tutorial entitled “Protection from leakage through technical channels”, which was approved and adopted by FSTEC. It was used for the training of the experts.

The “Premier-ST” stationary X-ray and TV complex was developed and mass production was launched. That year the “Shorokh-2” vibro-acoustic and acoustic jamming systems was put into production.

Mass production of the legendary “Shopot” and “Sigurd” automated systems to assess the security of premises was started. The “Shoroh-test” sound level meter was developed and production was launched.

2001
year
Development of specialized software and the first lot of the well-known “Shorokh” vibro-acoustic and acoustic jamming system series was started.
1998
year
The MASCOM Training Center was founded. That same year MASCOM created a Certification Center and certified the first IT sites.
1997
year

MASCOM became one of the first companies certificated by the Russian Presidential State Technical Committee. Certificate No.126 was issued for the “VNG-006DM” vibro-acoustic and acoustic jamming system.

That same year production of the “FON-B” vibro-acoustic and acoustic jamming system and the “SKIN” test stethoscope was launched. 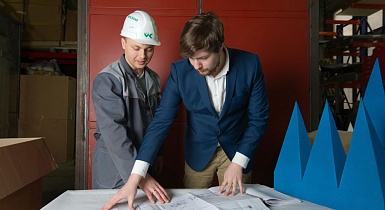 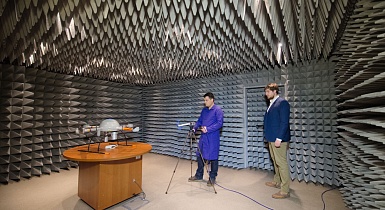 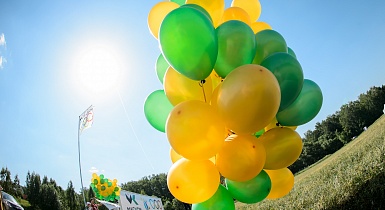 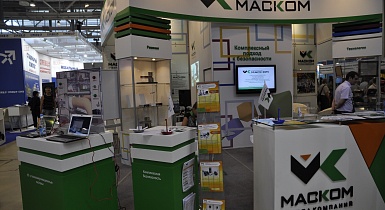 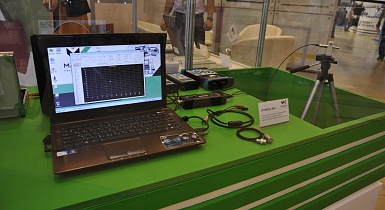 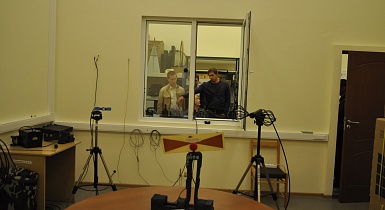 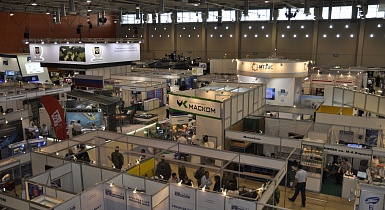 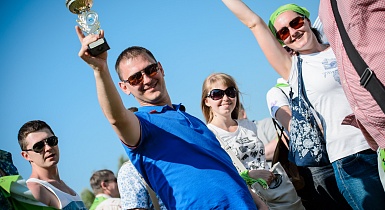 OUR THREE SOURCES OF SUCCESS

THREE KEY COMPONENTS OF OUR BUSINESS